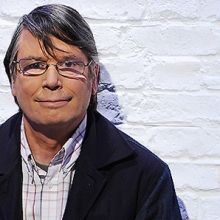 November 28, 10:00 – 11:15, Nordic Hotel Forum, conference room Capella
A to Z of Story – from a Brit Producer’s POV!
This is a talk drawn from Nik’s own experience of producing almost 50 feature films and overseeing hundreds of short films made by the students at the British National Film and Television School with many winning Oscars, Baftas and hundreds of other awards. He draws on some of the great masters of story from Horace before Christ via Mark Twain to Quentin Tarantino today to illustrate his talk.
Speaker: Nik Powell, Producer and Co-Chairman of Scala Productions, Former Director of British National Film and Television School.

November 29, 16:00 – 18:00, Nordic Hotel Forum, conference room Arcturus
Working with Writers’ Agents
Writers’ agent Elaine Steel from the United Kingdom will talk about the role of agents, the writer-agent relationship, choosing an agent as well as when to approach agents, what agents are looking for in a writer, the market place – film and television, contracts, negotiations, and problems.
Speaker: Elaine Steel, Writers’ Agent, Member of BAFTA; the Personal Managers Association; the Association of Authors Agents; Women in Film and Television.

The seminars are accessible with the industry accreditation of Industry@Tallinn & Baltic Event or with a joint ticket of 15 EUR (regular) or 12 EUR (members of the Estonian Screenwriters’ Guild).
The seminars will be held in English.
For registration, please e-mail leanajalukse@stsenaristid.ee by November 19.